Ethan Gutmann > Posts > News > Uighur Attacks in China – Interview on RTHK Radio
Comments are off for this post.

Written by ethan-gutmann.com Published on News 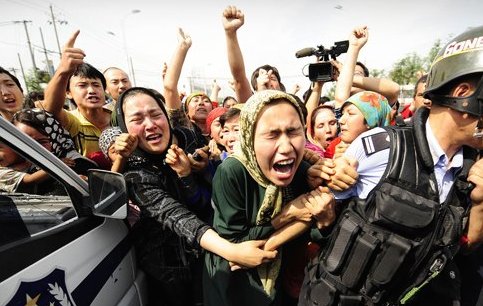 Ethan Gutmann’s Interview on RTHK  Radio. “Uighur attacks in China” can be heard on “China takes over the world” a hot Hong Kong Radio show.

A new book titled Strategic Reassurance and Resolve: U.S.-China Relations in the Twenty-First Century says that competition between China and the United States is inevitable but it can be limited to avoid the worst outcomes. Michael O’Hanlon, a coauthor of the book and senior fellow at the Brookings Institution, joins us to explain how this can be accomplished.

In the second half of the show, Ethan Gutmann, veteran investigative journalist, talks about the recent horrific attacks in China that the government has condemned as acts perpetrated by Uighur separatists. Ethan also talks about his forthcoming book, The Slaughter: Mass Killings, Organ Harvesting, and China’s Secret Solution to Its Dissident Problem.