Ethan Gutmann > Posts > Articles > Off-topic: Pandora’s Box?
Comments are off for this post. 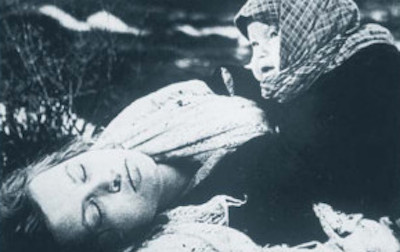 “If there’s one thing we should all agree on, it’s protecting women from violence.”

So tweeted Valerie Jarret in the same hour that Leon Panetta made the announcement that the Pentagon would allow women to serve in combat. I’m with Jarret. Here’s my supporting statement:

“My fervent prayer for future warfare: all fighting will be done by a few 18-year-old male geeks in really cool machines far, far away from the planet earth.”

(Kind of like BattleBots–best sport ever. Look it up.)

Yes, the 20th Century fell a bit short in terms of protecting women from violence, didn’t it? All that strategic bombing. All that total war. From crossbow to hydrogen bomb the history of warfare since Napoleon’s rise has been one of greater and greater “inclusion”–including the “equal-opportunity” citizens of Warsaw, London, Dresden, Berlin, Tokyo or Hiroshima. The relatively recent development of smart bombs, precision-guided munitions, laser technologies seemed to offer the beginning of a technical end-run from the massive slaughter of civilians. Okay, nothing in war is pleasant, but it’s an improvement over say, the bombing and use of napalm on North Vietnam that occurred in my lifetime. Somehow, the US military and the Admin seems bound and determined to quarantine that progress, to neglect the value of that trend. Perhaps because it will never work perfectly; there will be human shields, there will be munition factories staffed by pregnant women, there will be awful bumps in the road.

But stay the course: the US must consistently signal that it is against “inclusion” in warfare–that it really is taboo, as a species, to indiscriminately kill women, children and the aged, that we genuinely want to shrink the target set, that don’t endorse doomsday strategies. One critical way to do that is to continue the trend of making US combat troops increasingly professional and yes, increasingly rare.

No top-down policy can erase, or wish away, our species-wide instinct to protect those who give life–or our inability to forgive those who hurt them. For it is those sorts of atrocities–pregnant women, young mothers and children being killed in Belgium for example–that gave birth to the Western trenches of World War I, and ultimately, to strategic bombing, to the age of genocide that we have just passed through.

Stimulated by the politically galvanizing effect of the tragic Newtown shooting, I suspect that there are more than a few in the Administration who harbor secret fantasies, who never want a serious crisis to go to waste; at the expense of a few female atrocities, the US engaging in warfare will become simply too painful.  War itself will become impossible.

You might ask: Is it really possible that members of the Administration want to use my niece in combat so they can shed crocodile tears over her body-bag in some perverse political photo-op? Well, yes. And if that’s the motivation, even if it’s a subconsciousness one,  it’s a deeply immoral impulse. I mean, why not enlist my nine-year-old or my aging dad in combat too–just like the defense of Berlin? But even if such a plan–to make warfare taboo through the use of limited female sacrifice–is justified by a conscious, chilly, utilitarian calculation of long-term morality and the greater good, as long as an enemy lives and breathes, the calculation is flawed by its essential ignorance. Following the Great War, Douhet’s Theory of strategic bombing–which most intelligent people subscribed to at the time–premised exactly the same idea. After the first bombs were dropped on urban centers, the common people in horror and revulsion would rise up and force their leaders to sue for peace. How did that work out in London in 1940? Or, for that matter, in Berlin?  History shows, quite conclusively, that we are not just an aggressive species. Once war begins, we are a deeply vengeful one.

There may be many noble motives at work within the Administration and the highest level of the Pentagon. I don’t preclude that. But  their naive assumptions have proliferated to the point of irrationality. Women in combat is a Pandora’s Box which contains the potential to usher in a second age of total war.

« Mr. Gutmann’s Testimony on Chinese Organ Harvesting to the House Committee on Foreign Affairs
Bodies at an Exhibition »