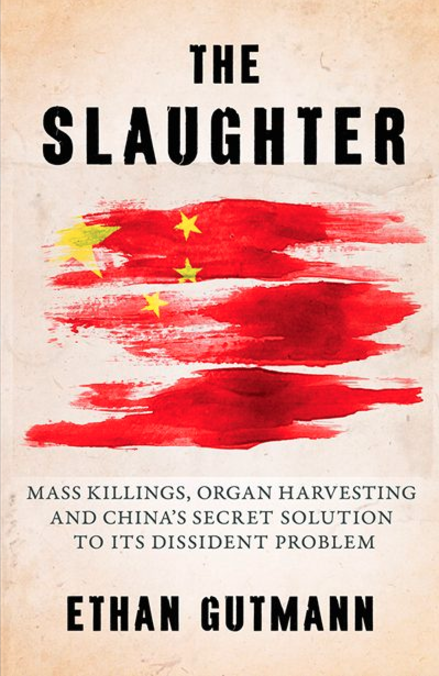 The inside story of China’s organ transplant business and its macabre connection with internment camps and killing fields for arrested dissidents, especially the adherents of Falun Gong.

Mass murder is alive and well. That is the stark conclusion of this comprehensive investigation into the Chinese state’s secret program to get rid of political dissidents while profiting from the sale of their organs–in many cases to Western recipients. Based on interviews with top-ranking police officials and Chinese doctors who have killed prisoners on the operating table, veteran China analyst Ethan Gutmann has produced a riveting insider’s account–culminating in a death toll that will shock the world.

Why would the Chinese leadership encourage such a dangerous perversion of their medical system? To solve the puzzle, Gutmann journeyed deep into the dissident archipelago of Falun Gong, Tibetans, Uighurs and House Christians, uncovering an ageless drama of resistance, eliciting confessions of deep betrayal and moments of ecstatic redemption.

In an age of compassion fatigue, Gutmann relies on one simple truth: those who have made it back from the gates of hell have stories to tell. And no matter what baggage the reader may bring along, their preconceptions of China will not survive the trip.

AN INTERVIEW WITH DAFOH ON THE BOOK 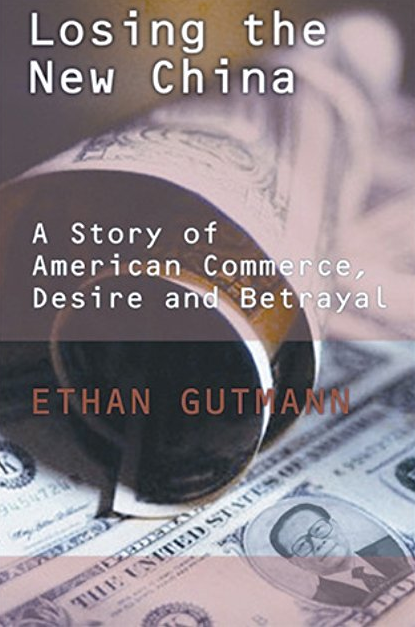 Losing the New China: A Story of Commerce, Desire, and Betrayal

In 1998, Ethan Gutmann arrived in Beijing in search of the New China. Formerly the chief correspondent for a television documentary series, Gutmann rapidly made his way into the expatriate community of American entrepreneurs. In this well-catered equivalent of a commercial boot camp, newly arrived recruits were indoctrinated in the creed that China’s growing strength presented untapped opportunities for profit and expansion. Motorola reps bragged of routinely bribing Chinese officials for market access; Asia Global Crossing executives burned through company expense accounts while racking up massive losses for the corporation; and PR consultants provided svelte Mongolian prostitutes and five-star hotel suites for delegations from the home office. In this fast lane, success was measured not only by market share, but also by the ability to pay off favors by lobbying for China’s interests in Washington.
&nbsp
Writing from the ground zero of his daily experience, Gutmann shows how massive foreign investment generated prosperity–and also a feverish new nationalism which surged into China’s universities, the dot.coms, and the entrepreneurial centers. Beginning with the riots over the 1999 Belgrade embassy bombing, Gutmann witnessed an eruption of anti-Americanism and a spurning of democracy even as U.S. technology and communication companies began wholesale transfer of America’s most sophisticated technologies to the Chinese market. With the full cooperation of companies such as Cisco, Sun Microsystems, and Yahoo!, Chinese authorities used American technology to monitor, sanitize, and ultimately isolate the Chinese web, creating the world’s greatest Big Brother Internet.
&nbsp
Losing the New China tells an insider’s story of American business in 21st-century Beijing. Filled with character and event, this book is a fascinating chronicle of the business and personal lives of strangers in a strange land. Readers will come away from this book understanding how and why U.S. corporations helped to replace the Goddess of Democracy that once stood in Tiananmen Square with the Gods of Mammon and Mars that dominate China today.